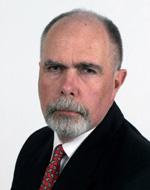 THOMAS TOUGHILL has laboured in a whisky distillery, been an Intelligence Office in Hong Kong, and bodyguard to Henry Kissinger and Richard Nixon. A graduate of Glasgow University in History and German and a former Infantry Officer in a Scottish Regiment, he now lives in the Mediterranean with his wife and family.

His first book, Oscar Slater, The Mystery Solved, was published in 1993. It is an expose of how a German Jew, often referred to as the Scottish equivalent of the Frenchman, Alfred Dreyfus, was framed by the British authorities for murder. The book forms part of the Law Course at Edinburgh University.