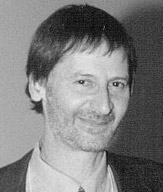 MARK PURDEY - born in 1953, turned down a university place to start his own organic farm at the age of 19. In the late 1980s he started to teach himself neurobiology and in the mid-1990s began worldwide field research to discover the truth behind BSE, CJD and other neurodegenerative diseases. He was a vociferous campaigner on these issues making TV programmes, publishing articles in peer-reviewed journals and lecturing at many prestigious institutions. He died in November 2006 of a brain tumour and is survived by his wife and eight children.

NIGEL PURDEY was born in 1951 and attended the Universities of London and South Bank. He taught classical guitar for a number of years, and for the last 25 years has worked in architecture. He has had Chronic Fatigue Syndrome for 18 years and this spurred him to research its links with toxic exposure. He soon developed an interest in his brother?s work and accompanied him on several research trips, making several short films of their journeys.